The Food and Drug Administration (FDA) is reporting that additional products are being impacted by a nationwide peanut butter recall.

Partnering with the Centers for Disease Control and Prevention (CDC), FDA officials are investigating the defective products and Salmonella outbreaks associated with the products. Originally, infections linked to Jif peanut butter products were tied to samples that tested positive for the same strains of bacteria found on most of those who fell ill. Victims told officials they had consumed the product prior to falling ill.

END_OF_DOCUMENT_TOKEN_TO_BE_REPLACED

An off-duty police officer from Auburn was behind the wheel of a vehicle that struck and killed a pedestrian in Seattle, news outlets reported. The driver is now facing charges for reckless driving, vehicular homicide, and a misdemeanor hit and run.

The accident happened after the off-duty officer struck the right rear corner of a taxi while driving his Mercedes-Benz vehicle in downtown Seattle on Saturday. While the accident caused minor damage to the taxi and no injuries, the driver sped off northbound on Alaskan Way without leaving his contact information. As he sped on 15th Avenue Northwest, traveling at an estimated 85 miles per hour on a road with a 30 mph speed limit, he drove onto the sidewalk while trying to turn right onto Gilman Drive West, hitting a pedestrian. The victim suffered fatal injuries and was killed almost immediately, official documents stated.

According to news outlets, the victim was a retired marine.

END_OF_DOCUMENT_TOKEN_TO_BE_REPLACED 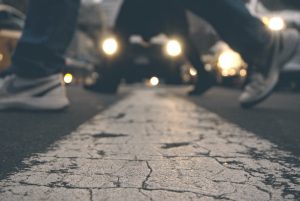 END_OF_DOCUMENT_TOKEN_TO_BE_REPLACED

As Washington traffic approaches pre-pandemic levels, law enforcement grapples with an increase in deadly traffic accidents. While officials saw worrying numbers of drivers speeding and driving recklessly in 2020, accident data shows that drivers continued to speed well into 2021. As we approach spring 2022, the trend continues.

In Seattle, traffic accidents are especially concerning to pedestrians.

In 2021, city officials saw a considerable uptick in deadly crashes, with pedestrians in the Emerald city suffering greatly as a result. But in 2022, safety advocates argue, self-driving companies like Amazon’s Zoox could be putting more Seattle pedestrians in danger.

END_OF_DOCUMENT_TOKEN_TO_BE_REPLACED

Car and motorcycle manufacturers don’t always issue recalls promptly, exposing drivers to risk. That’s why we must follow instructions as soon as companies launch these recalls. Unless we’re willing to expose ourselves to preventable dangers.

Ducati is the latest motorcycle manufacturer to issue a recall. According to the firm, impacted units include the Panigale 1199 and 1299 models. They may expose the rider to oil leaks.

If the engine oil leaks and reaches the airbox, the leak will reach the drain and then fall onto the rear wheel. This could make the motorcyclist lost traction as a result and a crash will occur.

END_OF_DOCUMENT_TOKEN_TO_BE_REPLACED

Volkswagen has launched a recall recently that impacts thousands of newer cars across the United States.

According to automaker, 73,000 of the 2018 and 2019 Atlas and Tiguan SUVs as well as 2019 Jetta sedans are being recalled. The vehicles come with instrument clusters that may fail to provide audible warnings when the key is still in the ignition. If this happens while the door is open, the risks of theft or crashes will increase.

The company reported that that dealers will have all instrument clusters in the impacted vehicles fixed for free.

END_OF_DOCUMENT_TOKEN_TO_BE_REPLACED

According to the Washington State Patrol, two people were injured when a drunk driver hit them on Interstate 5.

The two victims were pushing their vehicle, which had run out of gas on the northbound lanes, when the drunk driver crashed into them before 2:30 a.m. on Sunday. One of the victims, a woman, was sent to the hospital with life-threatening injuries while the second victim was treated at the scene.

END_OF_DOCUMENT_TOKEN_TO_BE_REPLACED

Kawasaki has recalled several motorcycles over an issue that could lead to accidents.

The issue was first brought up after the company learned that a Japanese customer had made a claim. Once Kawasaki investigated, it learned that other claims came from both Japan and Europe.

END_OF_DOCUMENT_TOKEN_TO_BE_REPLACED

Air bag issues are at the center of Mazda’s latest recall campaign.

According to the company, nearly 270,000 vehicles fitted with Takata air bags and made by Mazda have been recalled.

These vehicles are some of the millions of cars recalled in the United States because of exploding air bags. The metal inflators in these air bags may explode mid-deployment, that’s because the chemicals used to inflate the passenger and driver air bags may deteriorate over time. As a result, several parts of metal will fly into the vehicle’s cabin, exposing occupants to serious injury risks.

END_OF_DOCUMENT_TOKEN_TO_BE_REPLACED

Auto accidents happen too often. And defective car equipment is sometimes to blame.

The latest auto recall we learned about comes from Chevrolet. Vehicles impacted include the Chevrolet Corvette ZR1 sport cars.

These vehicles come with sensing diagnostic modules that could enter a fault state if the driver brakes hards or accelerates. This could render the system useless when it comes to deploying air bags in the event of a crash. As such, this would render the safety system faulty.